Ahhh! 100 miles. Where do I begin to write about this under taking? The biggest driving force behind signing up for and running this race was I did not think I could do it. I really wanted to see how my body would feel after 100K.

This race takes no time getting to the climbing.  Right out of the start gate you run out of Fairplay, CO up to Silverheels mine nestled up at a comfortable 12K above sea level.  At this point the race felt like every other long distance mountain run I have ran.  Nothing hurt, I was sucking down the tailwind, and I was taking in solid calories.  To prove we went out to the mine we had to grab a card and bring it back to the High Park aid station.

The section between High Park 2 (13.75) and Poor Mans Gulch aid stations (21.3) flew by really quickly. This section is mostly downhill on a fire road so it was easy to get into a rhythm.  Oh but wait it would not be a Human Potential race with out having to find your way through a marsh filled with shin deep mud 1 mile before you roll into Poor Mans. I rolled through the mud and into the aid station.  This is the first place I got to see my crew Kim and Michele. My crew suggested I sit down and take some calories in.  I did not argue.

This is where the course just starts to blur together.  I left Poor mans with a 10 mile trek to the next aid station.  On this section I made the decision to pick Michele up for the way back.  I knew I would be running this section in the witching hours on the way back.  It was hard during the day, I had a feeling it was going to be pretty rough at night.

About 500ft from the Trout Creek Aid station I tried to get fancy and run on top of a rut in the middle of a muddy 4×4 road.  This ended up with my legs flying out from under me to the side and me flopping into the mud side first.  The whole right side of my body was caked in mud.  Thankfully the aid station volunteers had towels to give me an impromptu bath, even though I wanted to keep the mud on me, you know for the story.

I rolled into Tarryall 1 (31.9) and met with my crew again.  I took a good break here, changed my shoes, ate some sold foods, sat in a chair, and picked up my trekking poles for the first time in the race.  Its really hard to not get too comfortable at aid stations! Lucky I had a badass crew to kick me out of the aid stations!

I knew it was going to be a really long haul until I came back to this aid station, roughly 20 miles.  I set off on my way to grind out those miles.  At this point I was still in pretty high spirits. Things really started falling apart as soon as I hit the road mile 46.  This was the road from hell! The road was 12 miles, down hill and 100% exposed to the sun.  This is the first place I came to the realization that I am not solar powered.

In my run drunken stupor I mistakenly forgot to pick up my headlamp when I left Tarryall. I thought for sure I would make it back with plenty of time before it got dark, I mean who thinks about a headlamp at 2 in the afternoon!? Luckily an aid station Volunteer let me borrow theirs for the last 3 miles back to my crew.

It took me roughly 7 hours between Tarryall 1 and 2 and this is where I started making mistakes.  I should have stayed in my original shoes, my feet were good when I left Tarryall the first time.  I ignored a pebble under the ball of my foot, And I stopped eating around hour 5 of the loop from hell.

I let me crew know I stopped taking in calories about 2 hours prior.  Kim made it her mission to load me back up on calories. I sat down and wrapped myself in a blanket and proceeded to find a place to hide all of the food Kim handed me.  The last thing I wanted to do was eat, but I managed to choke down a good amount of solid food.

At this point I had one 9 mile out and back before I got to pick up Michele to pace me!  It was also dark at this point and was getting pretty chilly.  I threw on my gloves, tall socks, and warm clothes. That’s a lie, my crew did all of that for me! As a 31 year old adult its kind of weird having someone dress you.

I made quick (retaliative term) work of the 9 mile out and back and made my way back to Terryall 3.  At this point it was very late at night and it was getting really cold.  I really wanted to take a nap at this point but my crew highly recommended against it.  Instead I sat in my comfy chair and was force fed sold foods again.

For the first time in 68 miles I had a pacer! Weee! Michele picked me up at the hardest part of my race.  I am so glad I had her with me because things got real dark, literally and mentally, running through the night.  This is the first time all day where I started doing math and looking my pace.  I was 100% convinced I would not finish the race.  Good thing I am really bad at math. All joking aside going into that mind set is toxic during a race this long.  I was so ready to give up, if I did not have Michele with me I would have called it. Michele had a positive attitude all the way through the night and put up with me being in a pretty rough spot.  She kept me moving and did not let me quit.

Eventually the sun came up and I started feeling optimistic about the race for the fist time in hours (ok maybe I am a little solar powered).  Michele ran me back across the muddy swamp and into the Poor Mans (Mile 83) aid station again.  This is where I was picking up Kim, my final pacer for the last 21 miles. After taking another short break here me and Kim ventured out back across the muddy swamp for the 3rd time (Thanks Sherpa John). At this point I knew exactly what I was in store as we were retracing my foot steps from earlier in the race all the way back to the finish line.

Kim earned the reputation of “slave driver” from some of the other runners crews.  She definitely lived up to this when she was pacing me.  Ok maybe slave driver is a little harsh, but she was laser focused on making sure I was eating, drinking, and moving fast enough to beat the 36 hour finish line cutoff.  The 21 miles I was with Kim went by relatively fast, minus the last 4 miles of gravel road in the sweltering sun (definitely not solar powered).  At that point I was so ready to be done and every mile felt like an eternity! Eventually we found our way back into Fairplay and across the finish line.

I have never experienced that range of emotions in a 36 hour period in my life.  I felt my lowest lows and wanted to cry tears of frustration and pain, and I felt my highest highs where I wanted to cry tears of pure joy (Thankfully I was wearing sunglasses). After a riding this emotional roller coaster for hours I just accepted the lows and knew they would go away and was grateful for the highs knowing they would not last for ever either.

This race 100% would not have been possible with out my crew and pacers!  Its pretty incredible what you can accomplish if you surround yourself by the right people.  Again thanks a ton to Sherpa John, All of the volunteers, Michele, and Kim! 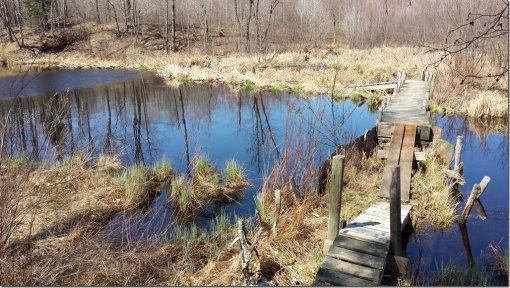 Route <—Click here for a downloadable .GPX of the race. Another 50K in the books! This race caught my eye because it […] 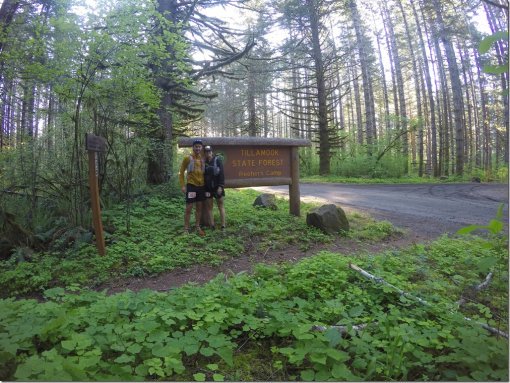 <<<Download GPX Here>>> This race was originally not on my radar for the year.  I planted the 50K idea in Michele’s head […] 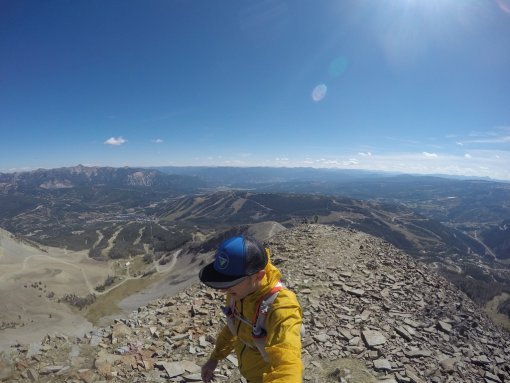 I do not even know where to start writing about this race.  It was one of the hardest races I have ever […] 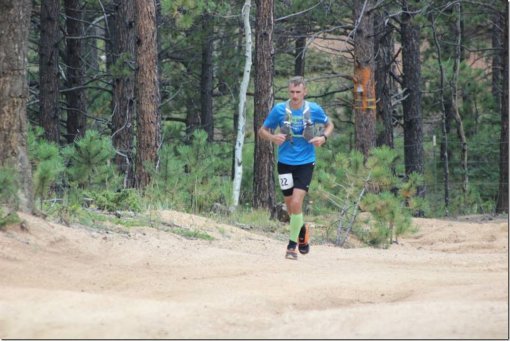