All of this craziness started out when I noticed Israel talking about Nolan’s 14 on Facebook. Every week he was posting 14er summit pictures and talking about his Nolan’s training.  This sparked my interest and I had to know what it was.  Turns out Nolan’s 14 is a 60 hour race over 14 14ers starting at Mt Massive and going to Mt Shavano or vice versa.  This race takes a ton of dedication with months/years spent in the Sawatch Range finding the best routes between these mountains and getting used to high altitude running.  I went on a scouting hike with a few of these guys the week before the race to check out the route off of the south side of Mt Princeton and was instantly hooked.  They literally just bushwhacked up the side of the mountain, no standard route needed, that’s my kind of hiking!

This adventure started the Friday before Labor Day at 5am.  I drove down the night before and crashed in the Forester at the Leadville fish hatchery where everybody was planning to head out.  Me and Israel discussed the game plan for the 1st mountain. he was going to go up the Nolan’s 14 route from the fish hatchery and I was going to drive around and meet him in between Mt Massive and Elbert. I drove around to the south side of Massive and decided to try and knock it out via the standard route, the worst that could happen is I would meet Israel coming down and would have to turn back.  We ended up meeting about 20 minutes off of the Massive summit, at that point I was not going to turn back 20 minutes below the Mt. Massive summit so Israel kept on heading down the mountain and I cruised up to the summit, took a couple pictures and hauled ass down the mountain to catch back up with him.

Mt Elbert from Mt Massive – The next peak in line 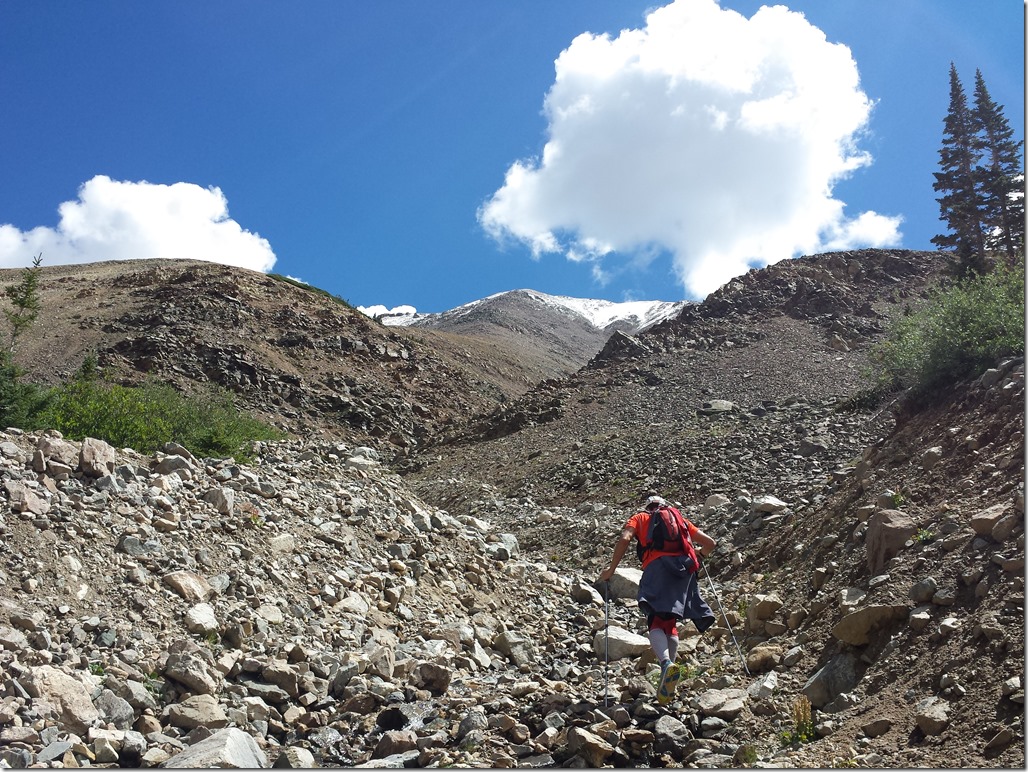 The climb from hell!

I managed to haul enough ass to catch back up with Israel just before he hit the standard Mt Massive TH. We jogged down the road to where I had parked, took a short break to refuel and then started the adventure up Mt. Elbert.  Not going to lie this route kicked my ass, the 1st 3 miles were not bad.  But at mile 3 you turn off the 4wd road and head straight up a gully to the summit. You are a mile off of the summit from the road, but this mile involves climbing 3,000+ Ft to get to the summit!  It took us just under a hour to make the climb and my quads were happy it was over at the summit!  I took the standard route back down to the car with plans of meeting Israel at the Winfield aid station on the other side of La Plata. 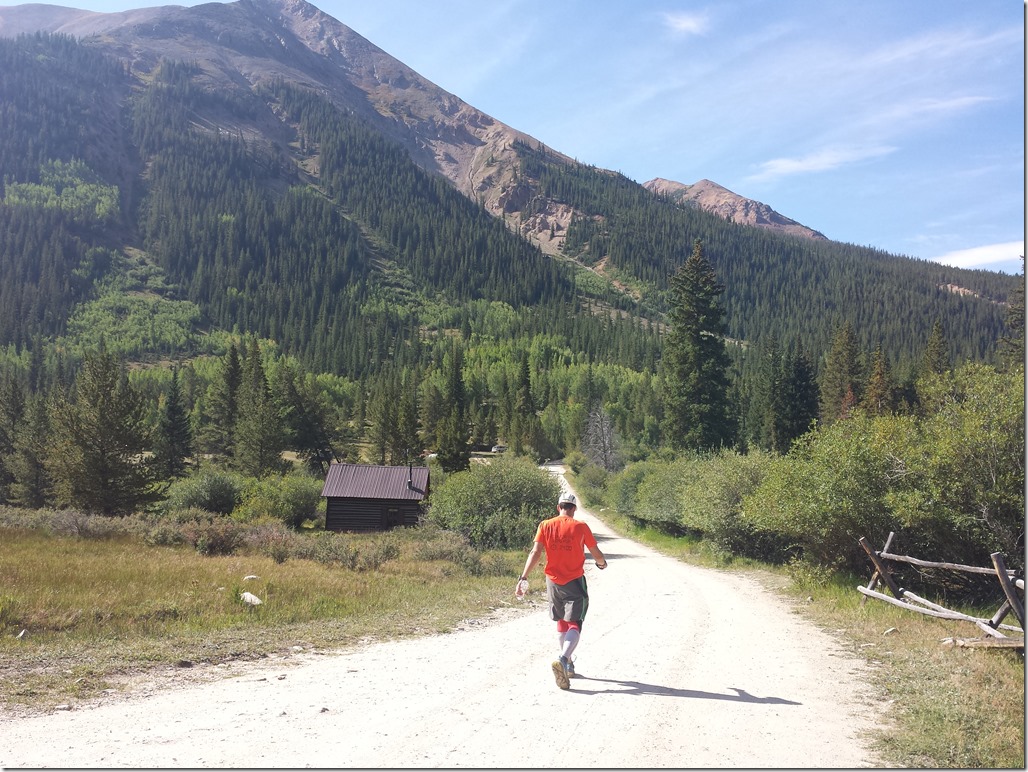 I met Israel around 9:00 the next morning as he was coming off of the La Plata summit.  He has a lot of spring in his step for having just spent the night on the summit of a 14er in a snow storm.  I can not imagine how cold he was at 3:30 am on that summit, it was 32 degrees in my car at 10,000ft, it must have been border line unbearable on that summit! I hiked up the trail with a couple of the girls from the aid station with hot food and water, he looked very excited to see the food, he practically pounced on the Ziploc bag of gummy bears they had brought him! 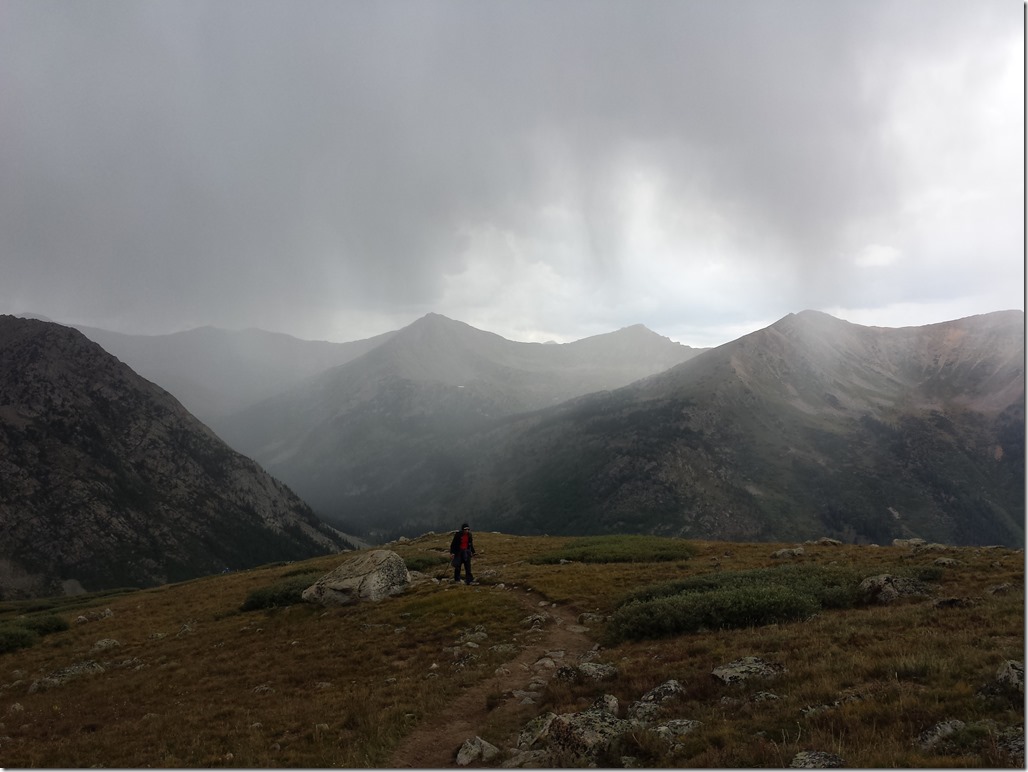 After a short break at the aid station we set off up the road to tackle Huron Peak.  The hike up Huron was overcast, cold, and snowy.  It felt really weird hiking up the mountain as everyone else was bailing out and heading back down.  We got the typical “be careful, we don’t want to read about you in the paper” lectures from the people going down the mountain.  By the time we were on the summit of Huron the clouds had dispersed and the weather was actually pretty nice on the summit, minus the wind.  The typical Nolan’s 14 route is to drop down a steep slope off of the East side of Huron and then back up a steep slope to Missouri. As neither of us were 100% familiar with that route and we were almost guaranteed to have to do it in the dark, we decided to head back down the standard Huron route and follow the road back to the Missouri Gulch TH.  We decided to get a full nights sleep at the trail head and then tackle Missouri, Belford, Oxford in the morning. 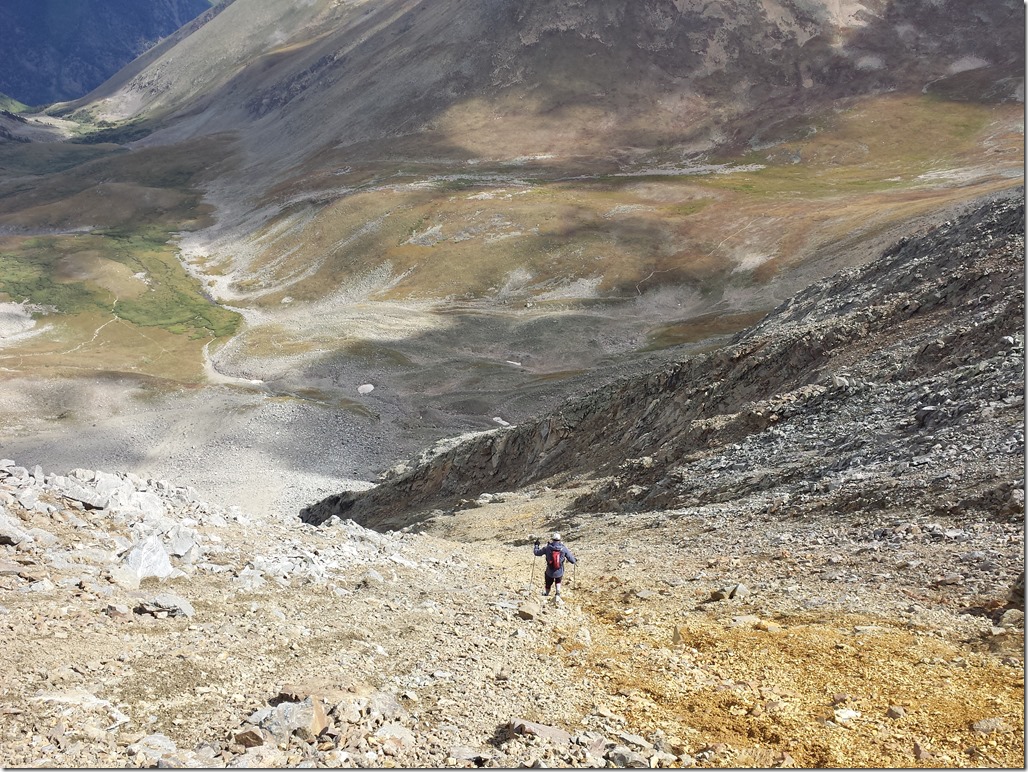 The next morning we headed out around 6:30 up the dreaded Missouri Gulch switch backs (never again!).  I have been up Missouri before so I just followed the standard trail up while Israel hiked straight up the side of the mountain. We met back up on the ridge heading over to the summit.  From the ridge we hiked a little under a mile up to the summit, took our pictures, grabbed some video and discussed our ascent off of Missouri.  I have to say I am very pleased with the route we took down, it was so much fun!  The route was incredibly steep with ankle deep scree which you basically floated on top of, it felt like skiing on snow.  It took us about 10 minutes to descend from 14 to 12.8.  Once down in the valley between Missouri and Belford we decided not to backtrack for the standard route up Belford and just went up straight up the side.  This was a great choice and was a walk in the park after crawling up Elbert on my hands and knees! 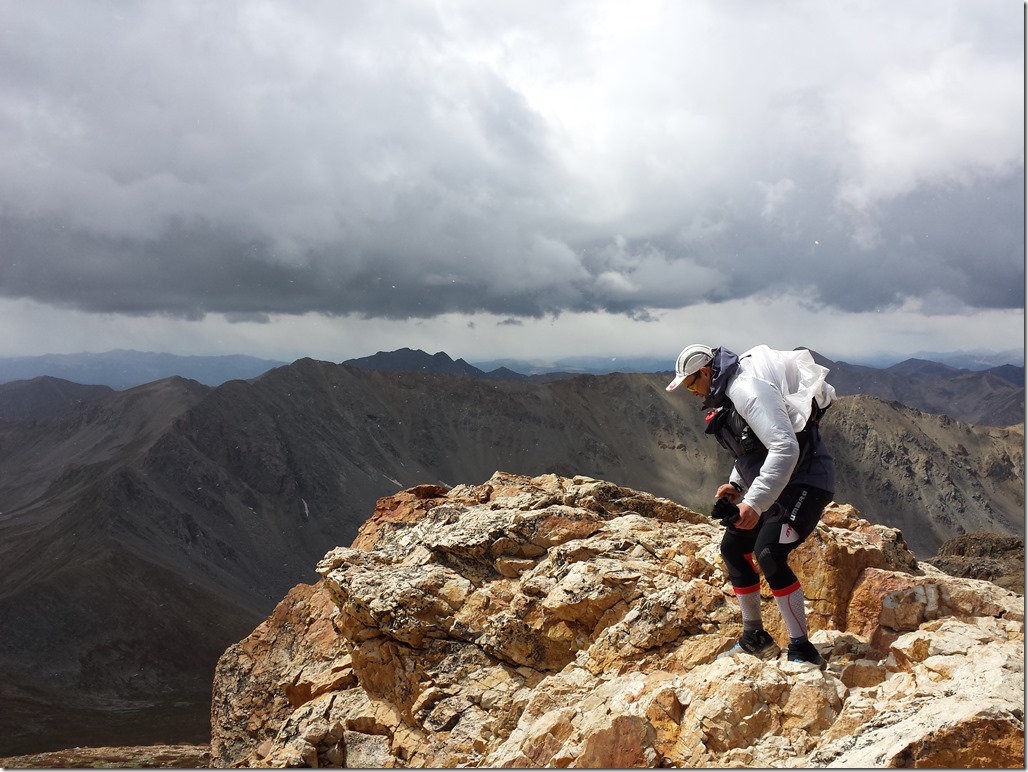 We were greeted with 50mph + winds on the summit of Belford and did not stick around on the summit for long, we took a few pictures and immediately started hoofing it over to Oxford. The traverse over to Oxford was pretty uneventful besides the ungodly cold winds and legs that were begging to quit. 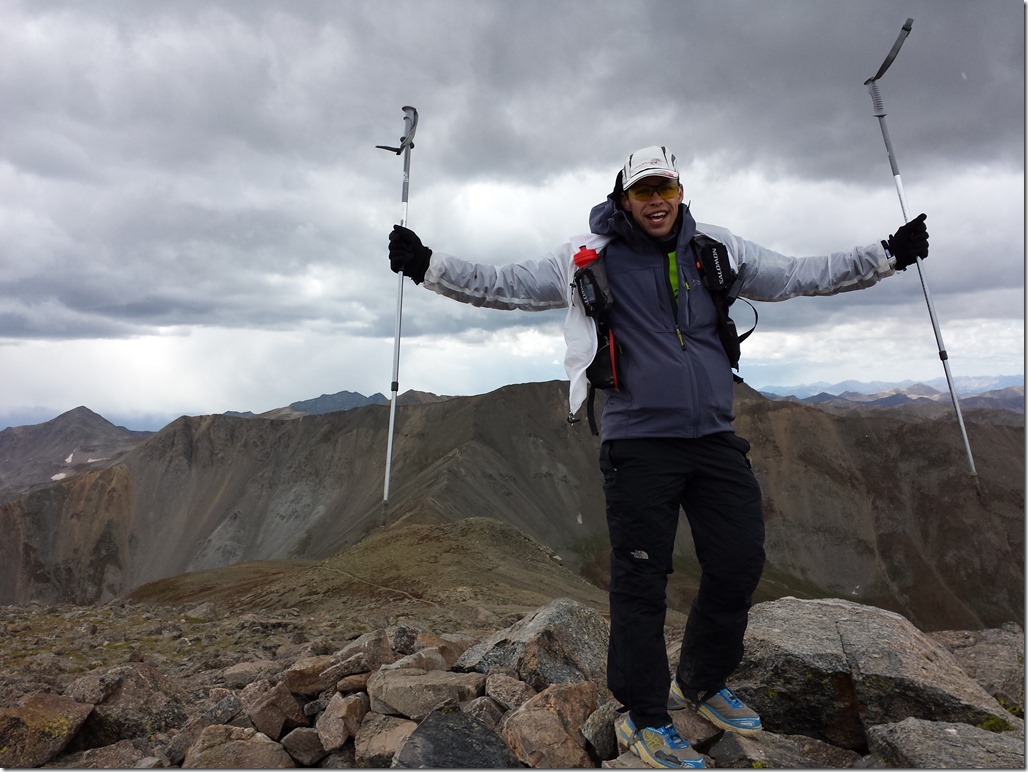 The plan at the beginning of the day was to stop at Oxford, and by the time we got to that summit there was only about 3 hours left in the race, which was not enough time to get over to the other 2 summits. Israel managed to hike across 7 consecutive peaks in the 60 hour time limit which is a huge accomplishment!  I honestly would have called it quits after the night on La Plata!  Any who Great job on your 1st attempt Israel you are a true inspiration! 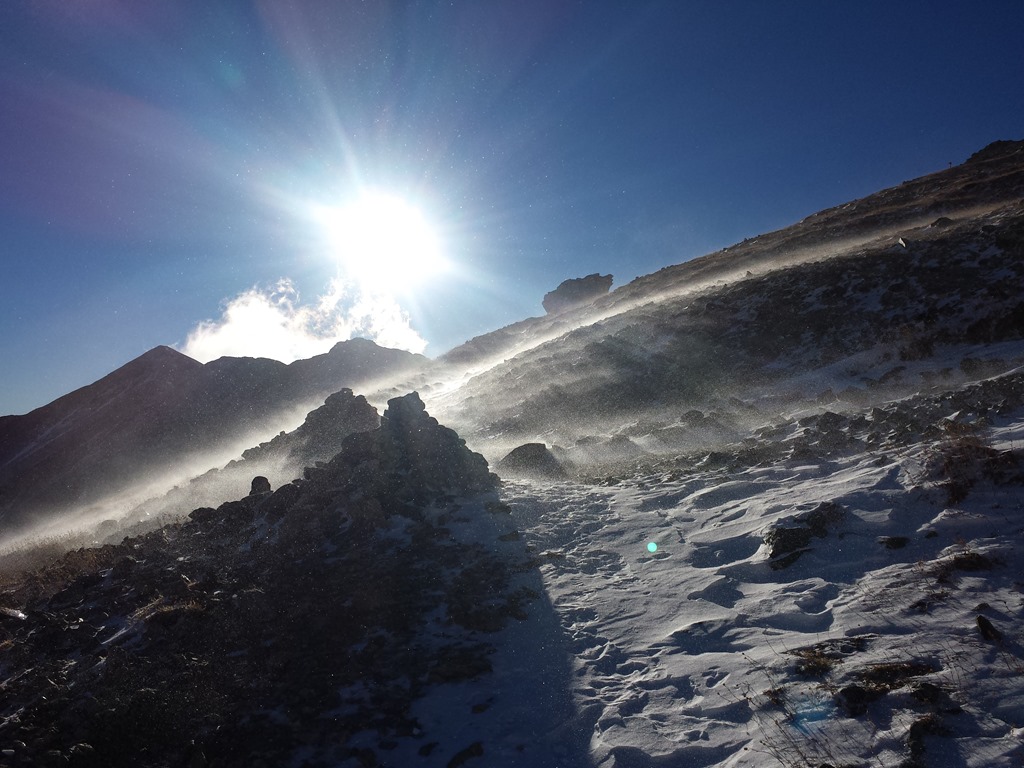 La Plata was a full on redemption 14er for me.  My first attempt at a 14er was La Plata but we ended […] 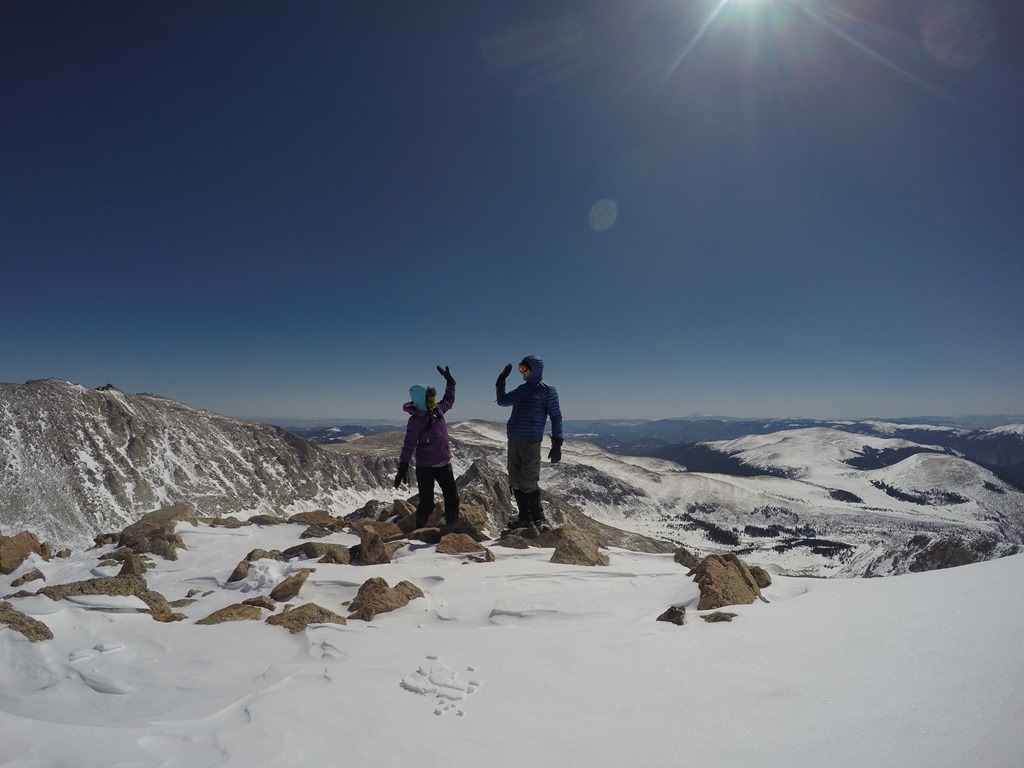 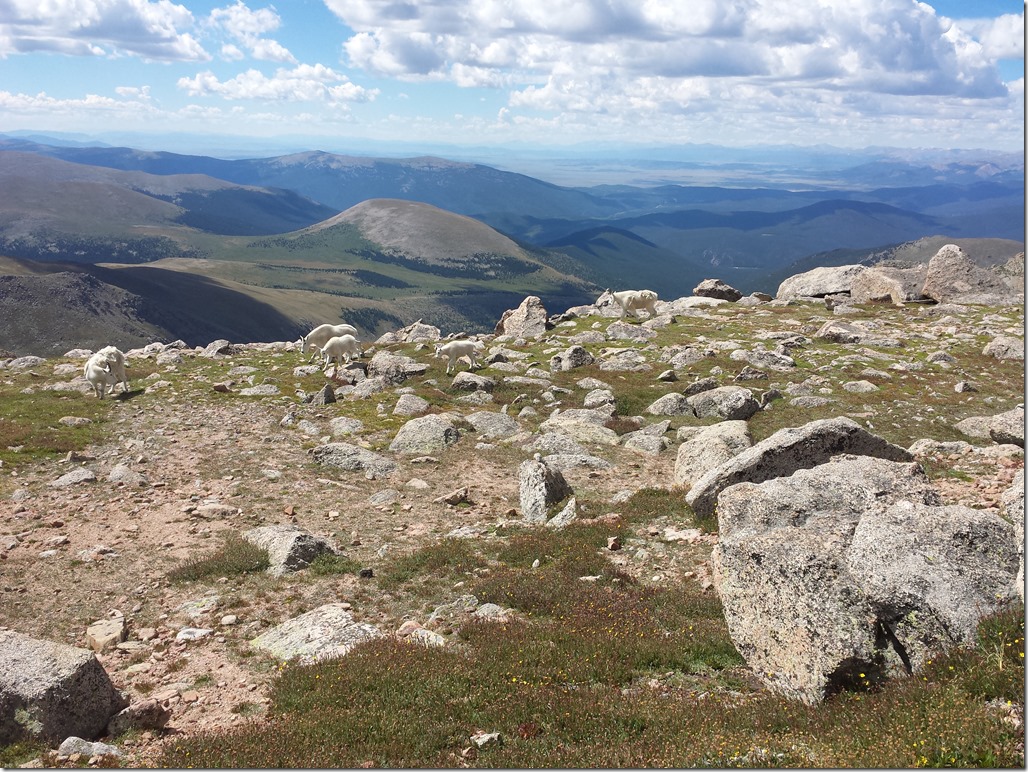 When it comes to 14ers these 2 peaks are as easy as they come. To keep myself sane hiking these popular peaks […] 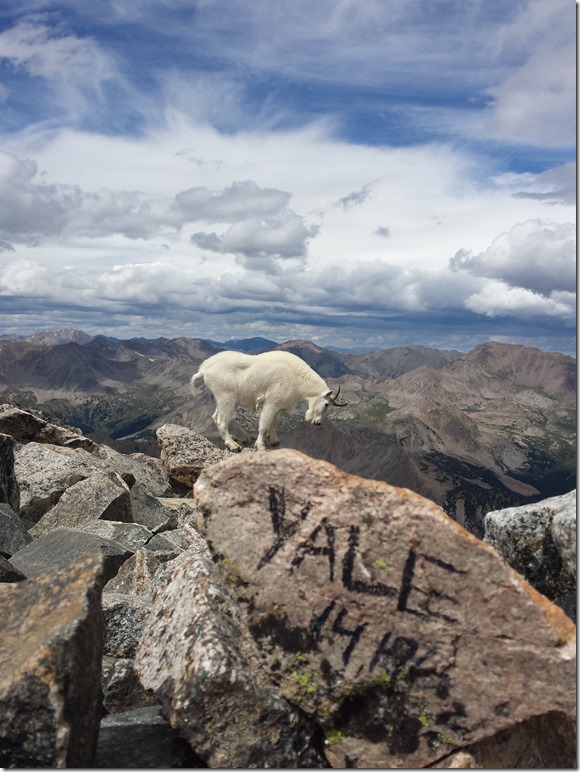